Access to parks across London is being increasingly restricted by corporate events such as music festivals, a researcher has found, linking it to “creeping privatisation” of public space.

Findings presented at the Royal Geographical Society’s annual conference on Friday show that, more than ever before, London parks are being rented out to private companies as councils seek to boost revenue to fund key services.

Dr Andrew Smith, an urban geographer from the University of Westminster, studied the use of Finsbury Park, Gunnersbury Park and Brockwell Park and found councils were increasingly over-reliant on them as commercial assets. 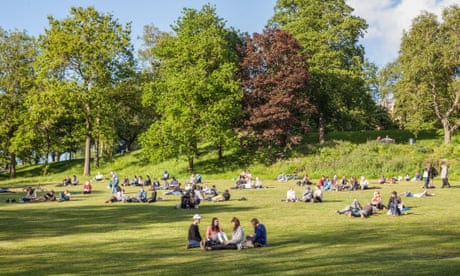 The end of parklife as we know it? The battle for Britain’s green spaces

The trend towards bigger and more frequent festivals in parks highlights the pressure councils are under to generate income under austerity, he said.

“It’s for good reason – they’re desperately trying to find ways of making revenue, but it’s got to the point where we need to think about protecting parks from local authorities’ exploitation.”

“If you live next to one of those parks, you not only lose the access for several weeks of the year, but you also endure the practical inconvenience, the noise and the trucks as well. It’s a double whammy.”

Greenwich and Lewisham councils, who share Blackheath, each allow events to be held in the park for 90 days. With an extra seven days required by the London marathon, full public access to the heath can be restricted for up to 187 days – more than half the year.

Smith cited figures to show that Battersea Park hosted approximately 99 events in 1991, compared with more than 600 by 2016. Brockwell Park was also hosting more events because Clapham Common was so often booked, he said.

Simon Hunt, the chair of the Friends of Finsbury Park group, said that since the three-day Wireless festival was first staged there in 2014, the park had effectively become a “round-the-clock commercial venue”.

“For the majority of the summer months, the park is no longer open, in the proper sense, to the community. It’s now reaching boiling point.”

According to the group’s figures, it was occupied by festivals for 113 days (including setup and de-rigging) in the first nine months of 2018 – up from just 29 days in 2015.

Haringey council figures put it at 66 days, noting that Wireless, the biggest festival, only put 27% of the park out of general use. A spokeswoman added that the events “bring in vital funds” and were attended by many residents.

Friends of Finsbury Park opposed the relicensing of Wireless but Hunt said he did not expect them to be heard when the council issuing the license also stood to gain financially from holding the event.

Intense commercial activity in the park over successive years had had far-reaching impacts, he said, including obvious degradation of the ground and birdwatchers reporting fewer sightings.

Clapham Common has still not recovered from last year’s Winterville festival, according to the Open Spaces Society who are calling on Lambeth Council to disallow the event, which is held for six weeks in the run-up to Christmas.

The ground of the common’s events area resembles “a muddy desert” eight months on from the last Winterville, said the society’s local correspondent Jeremy Clyne.

Use of the area for events, coupled with long periods of closure to allow grass a chance to recover, is “resulting in the public being denied access on an almost permanent basis”, said the society.

Lambeth Council has so far received 234 objections to the planning application for restaging Winterville festival this year, against 54 expressions of support. The Open Spaces Society said the council has refused to reveal how much it receives for allowing the event on grounds of commercial confidentiality.

Smith said financial gain was being prioritised over community benefit. “You could link it to a creeping privatisation – it seems publicly palatable but the effect is just damaging,” he said.

Over-reliance on parks as commercial assets also leaves councils vulnerable to funding shortfalls in the event of festivals being moved or cancelled, Smith said. 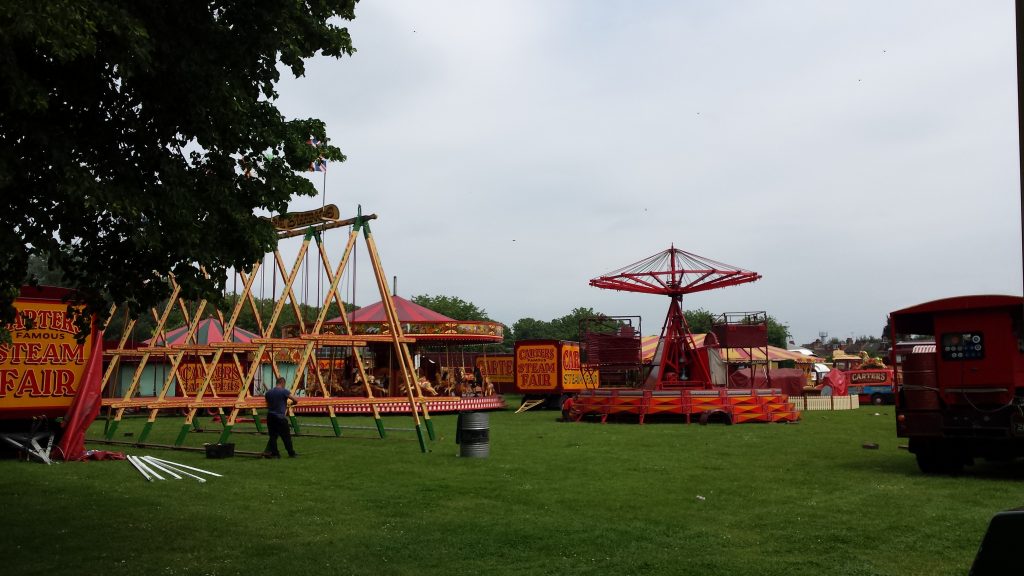 Outside the capital, festivals are usually held on private land, but parks budgets are under threat across the UK. Bristol City council backtracked on its plan to cut its parks spending to zero after public outcry. Newcastle drew criticism for reducing its budget by 90% over seven years, before approving a proposal to set up an independent charitable trust to run the city’s parks and allotments last year.

Simon said it reflected a widespread undervaluing of the benefits of green spaces, particularly in cities.

“Parks are a great triumph of the British state that we should be looking after, because once it’s gone it’s gone. We’ve got to realise that parks are special, beyond any financial calculation of what they’re worth.”