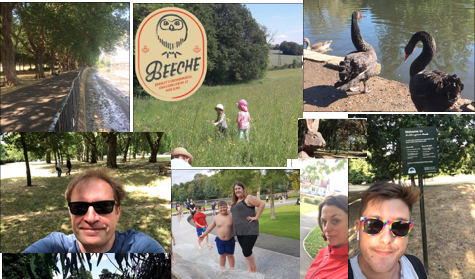 #GoParksLondon challenges YOU to visit a park in London you’ve never gone to before – AND – there’s a prize for some lucky person who tweets their picture or selfie! This is a fun competition that helping promote the green space friends groups, and it’s been featured on television and in the papers, so join in and make some momentum!

Alice, from CPRE London, says: “We’re raising awareness of London’s less-well-known parks and also the role that Friends of Parks Groups play in ensuring parks are well cared for and protected. The campaign and the Friends of Wandsworth Park featured on London Live News yesterday…”

PS for people like the author who are not very confident about tweeting, there’s a guide at wikihow (go down past the download-the-app instructions).

Here’s some of the ones tweeted already: